William H. Gates is chairperson and chief software architect of Microsoft Corporation, the worldwide leader in software services and Internet technologies for personal and business computing.

Bill Gates was born on October 28, 1955 in a family having rich business, political and community service background. His great-grandfather was a state legislator and a mayor, his grandfather was vice president of national bank and his father was a lawyer.

Bill strongly believes in hard work. He believes that if you are intelligent and know how to apply your intelligence, you can achieve anything. From childhood Bill was ambitious, intelligent and competitive. These qualities helped him to attain top position in the profession he chose. In school, he had an excellent record in mathematics and science. Still he was getting very bored in school and his parents knew it, so they always tried to feed him with more information to keep him busy. Bill’s parents came to know their sons intelligence and decided to enroll him in a private school, known for its intense academic environment. It was a very important decision in Bill Gates life where he was first introduced to a computer.

Bill Gates and his close friend Allen started new company of their own, Traf-O-Data. They developed a small computer to measure traffic flow. From this project they earned around $20,000. The era of Traf-O-Data came to an end when Gates left the college. In 1973, he left home for Harvard University. He didn’t know what to do, so he enrolled his name for pre-law. He took the standard freshman courses with the exception of signing up for one of Harvards toughest mathematics courses. He did well over there, but he couldn’t find it interesting too. He spent many long nights in front of the schools computer and the next day asleep in class.

After leaving school, he almost lost himself from the world of computers. Gates and his friend Paul Allen remained in close contact even though they were away from school. They would often discuss new ideas for future projects and the possibility of starting a business one fine day. At the end of Bills first year, Allen came close to him so that they could follow some of their ideas. That summer they got job in Honeywell. Allen kept on pushing Bill for opening a new software company.

Within a year, Bill Gates dropped out from Harvard. Then he formed Microsoft. Microsofts vision is “A computer on every desk and Microsoft software on every computer”. Bill is a visionary person and works very hard to achieve his vision. His belief in high intelligence and hard work has put him where he is today. He does not believe in mere luck or God’s grace, but just hard work and competitiveness. Bill’s Microsoft is good competition for other software companies and he will continue to stomp out the competition until he dies. He likes to play the game of Risk and the game of world domination. His beliefs are so powerful, which have helped him increase his wealth and his monopoly in the industry.

Bill Gates is not a greedy person. In fact, he is quite giving person when it comes to computers, internet and any kind of funding. Some years back, he visited Chicagos Einstein Elementary School and announced grants benefiting Chicagos schools and museums where he donated a total of $110,000, a bunch of computers, and provided internet connectivity to number of schools. Secondly, Bill Gates donated 38 million dollars for the building of a computer institute at Stanford University. Gates plans to give away 95% of all his earnings when he is old and gray. 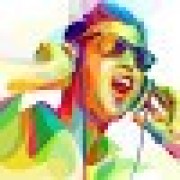 Blogging – How to Write Blog Post Titles that Get Attention